This was my first time to run in Level 2 with RideSmart, so I was a little nervous about it. I'd been trying to sell my Ducati Supersport 900 for a couple of months, so that I could acquire a faster bike to keep up in Level 2.  I was considering either a 2002 Ducati 998 (135 horsepower) or a 2006 Ducati 999s (140 horsepower). Either of these bikes would be better than my 80 horsepower Supersport 900.  Unfortunately, I did not get any serious offers on the Supersport 900, so I decided to give the track fairings a new paint job.  I figured that if I was going to get passed a lot, I would at least look good. :-)

I love the paint scheme on my Ducati 748S in Titanium Grey with White number plates on the tail, so I set out to mimic this scheme as best I could on the Supersport. I ordered an Airtech Streamlining upper front race fairing (no headlight cutout), filled in the turn signal holes on the side fairings by plastic welding some ABS blanks in, and I also fabricated a new rear seat cover using fiberglass. This was my first time using fiberglass, so I thought it turned out pretty good. The entire paint job was done with Duplicolor spray paint. 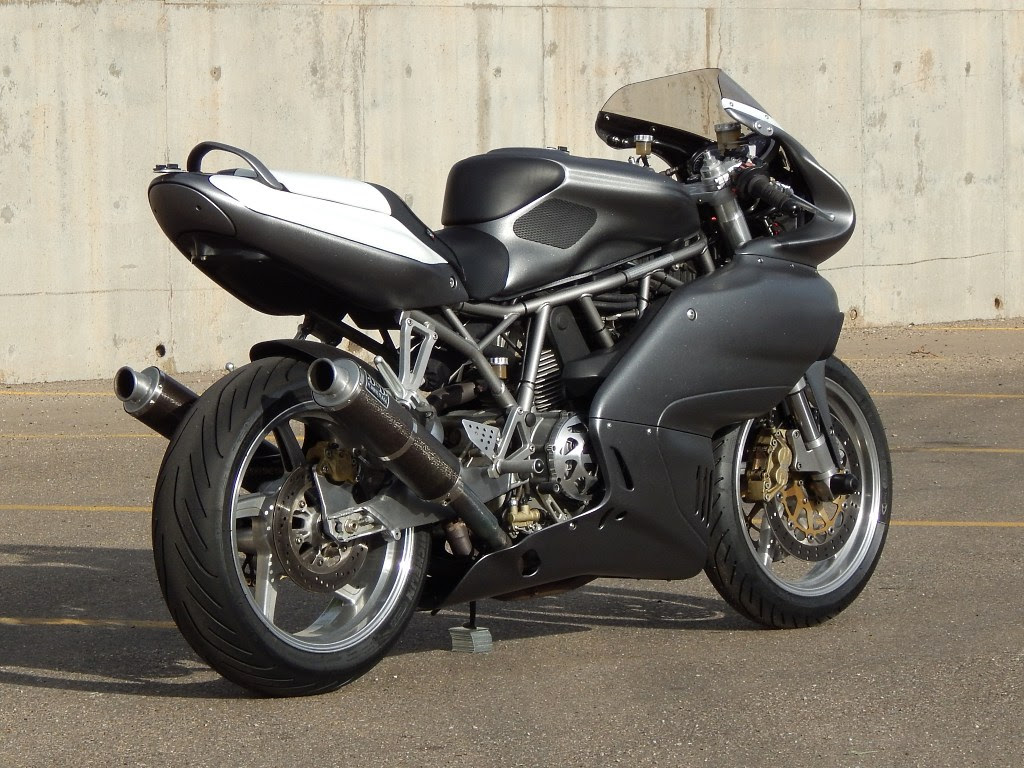 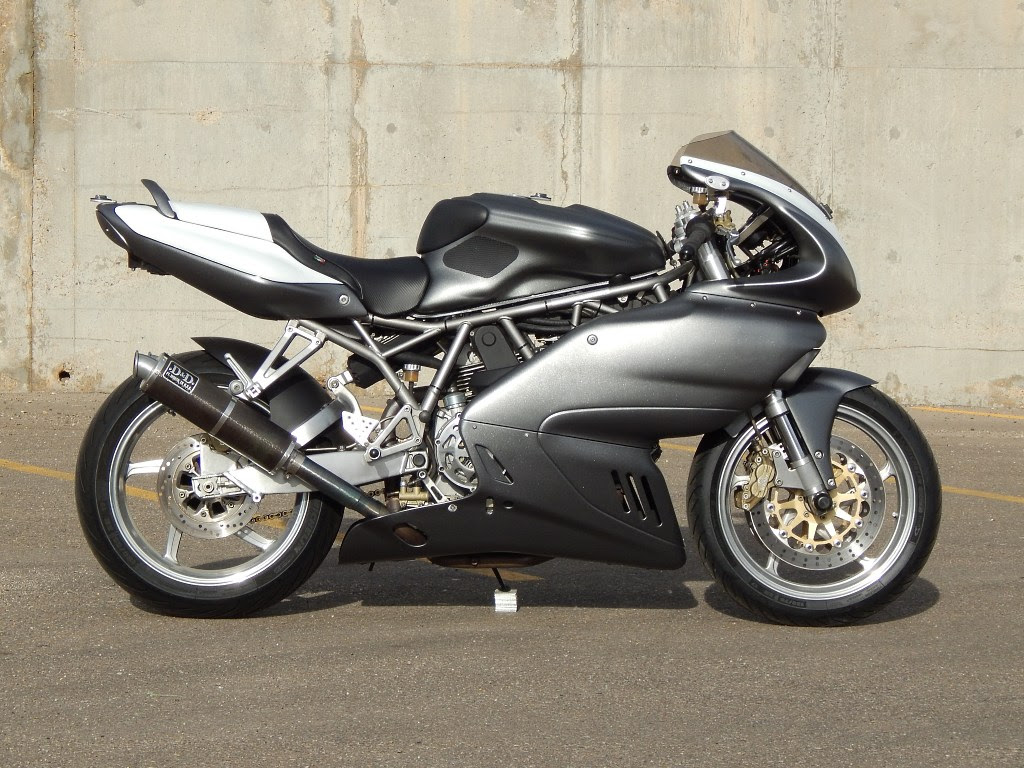 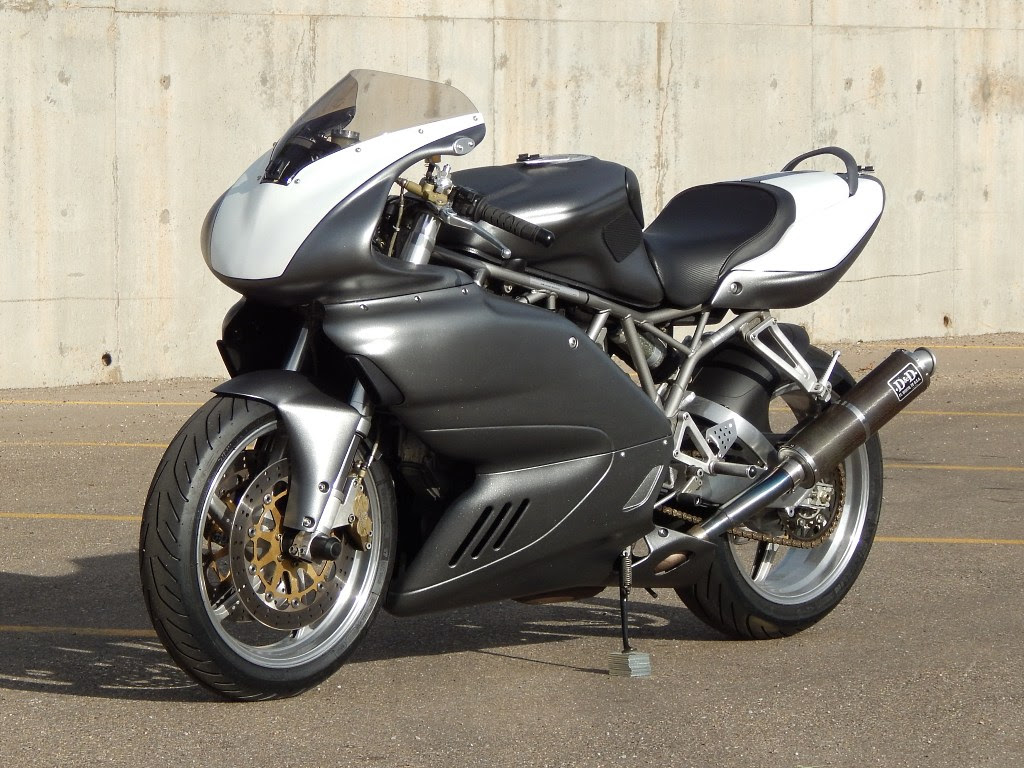 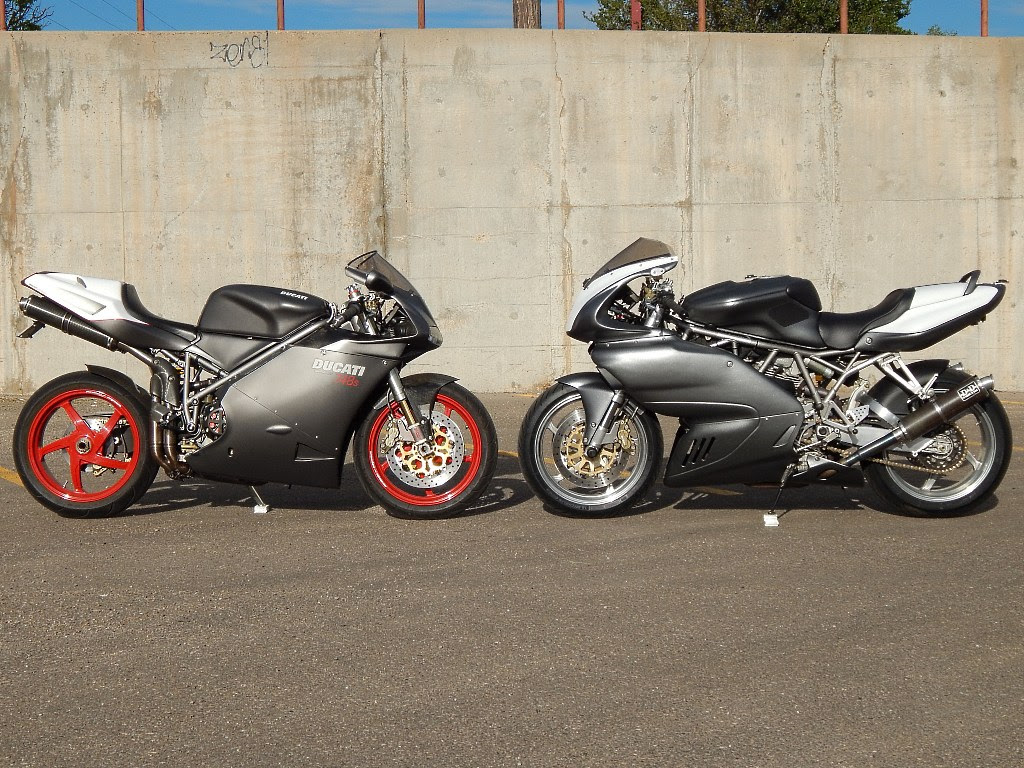 The weekend at the track was pretty good.  I didn't get passed near as much as I thought I would, and I actually made several passes myself.  In addition to the new paint job, I mounted up a set of brand new Michelin Pilot Power 3 tires, which increased traction in the corners compared to my old Pilot Power tires.

Monica was in Level 1, so I didn't get to see how she was doing, but from watching her out on the track from the paddock area on Sunday, I could tell that she was doing really good. 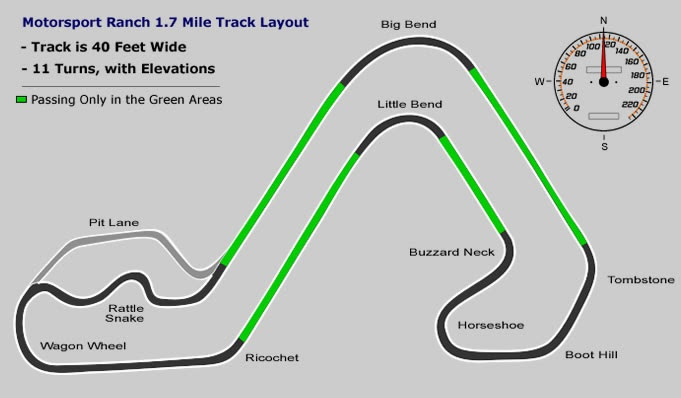 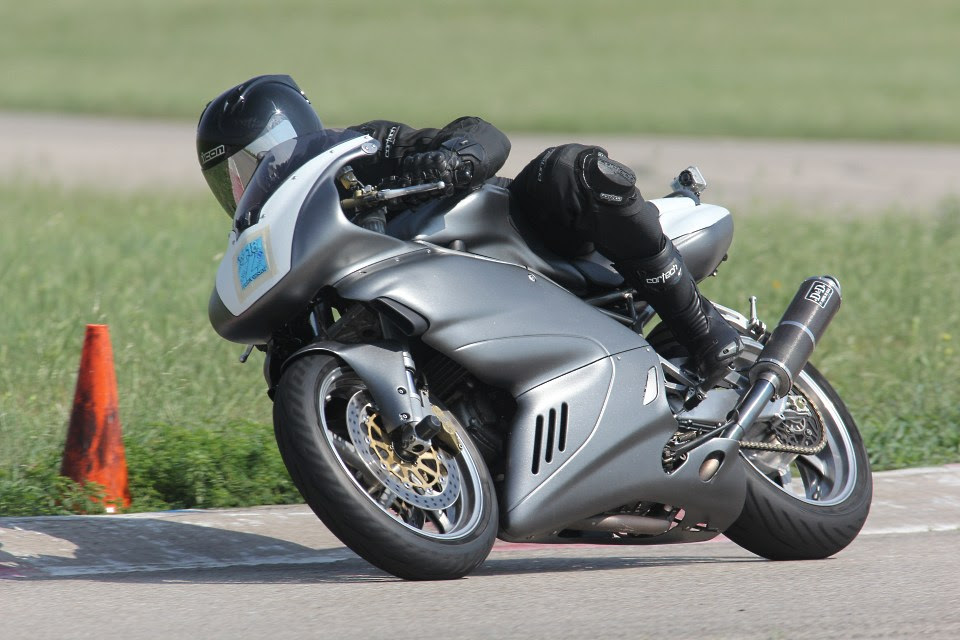 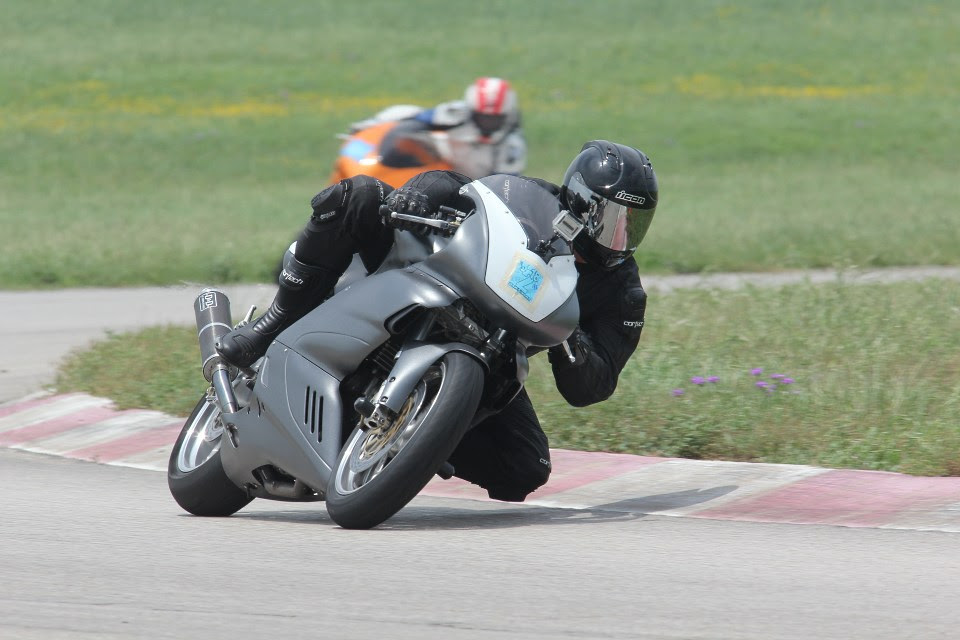 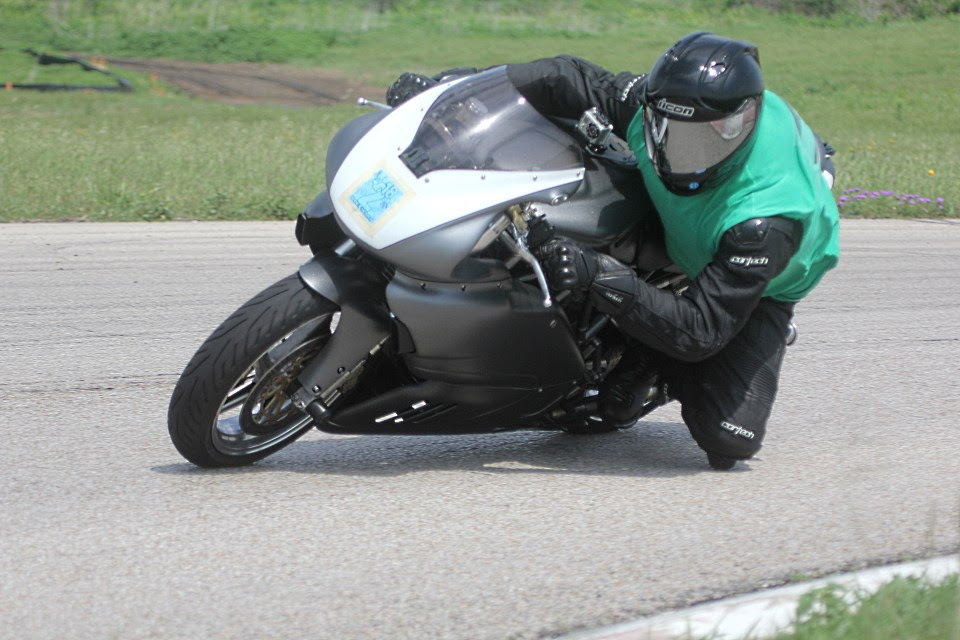 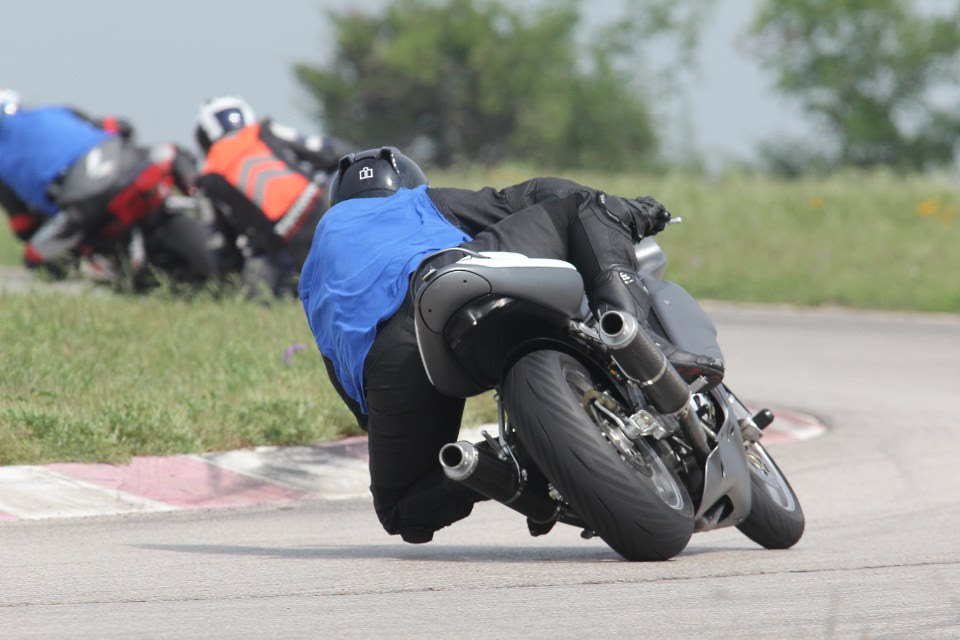 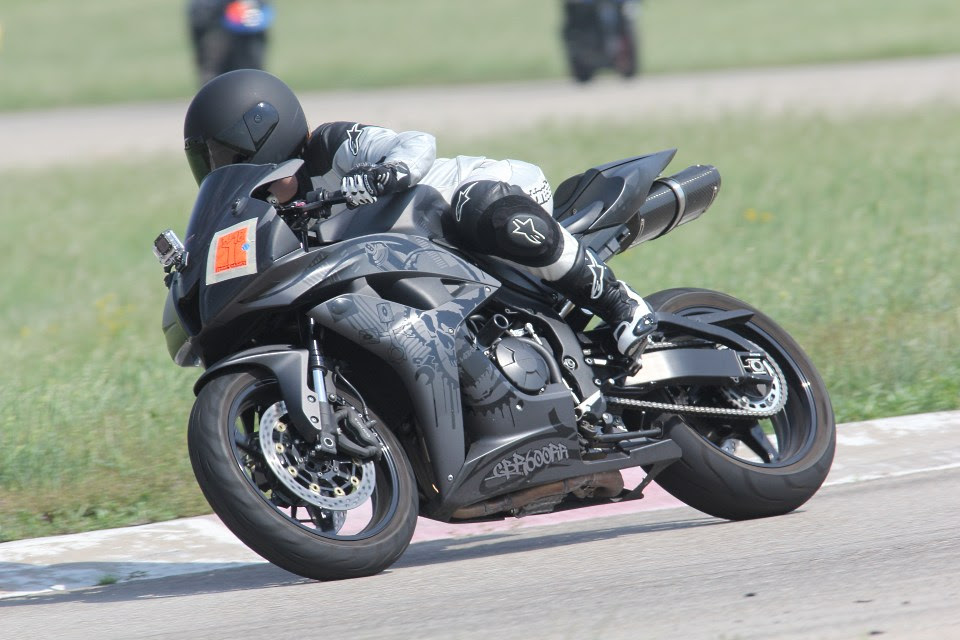 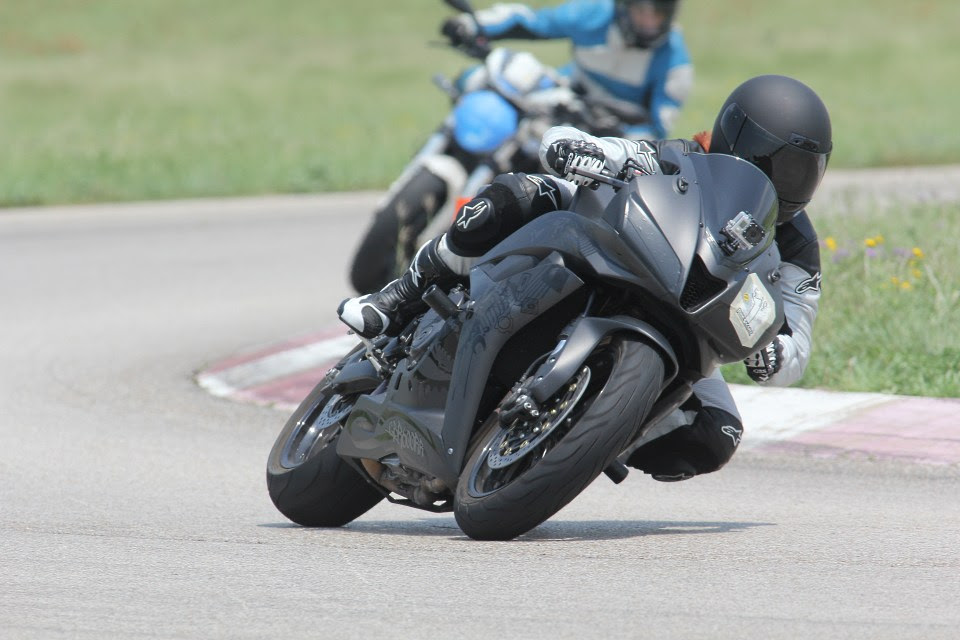 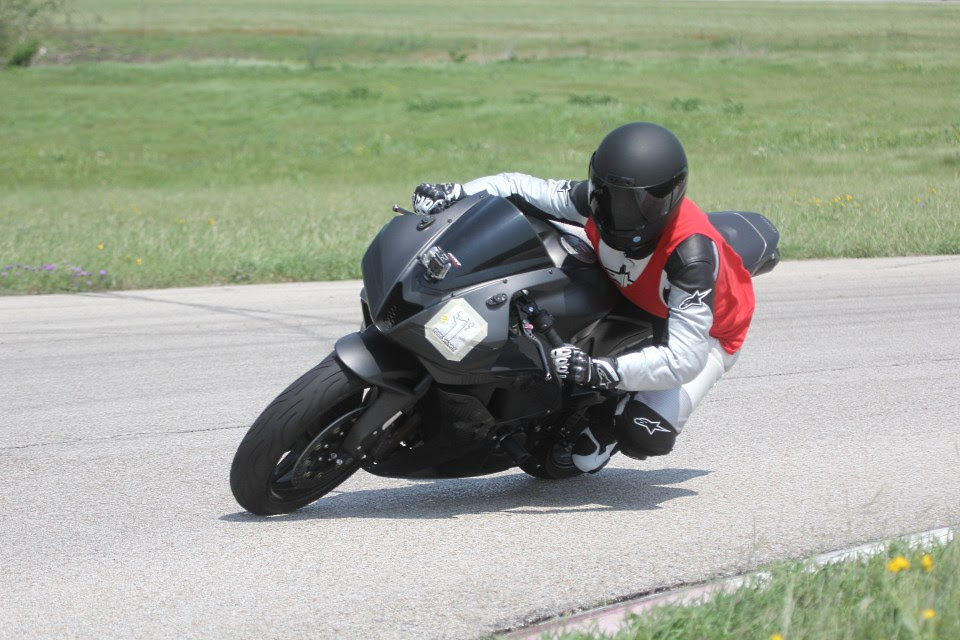 Posted by Chuck Brazeau at 2:36 PM No comments: