Outlaw Steel action pistol match at the Lead Farm in Lubbock, TX. I was again running my Zev Tech OZ9C in the Open division. The gun ran great again, but I didn't perform as well as I would've liked. I had a lot of misses because I was trying to go too fast, and making up all the missed shoots took extra time. 😟 I also got called for a miss on the second stage (6 hits required at each of the four shooting positions) which added 10 seconds to my overall time, but after getting home and reviewing the video, I confirmed that I made up all of my missed shots on every stage. I ended up in 9th place Overall out of 47 total, but I should've been in 6th place without the incorrectly called penalty. 😡 Oh well, it was still a lot of fun! 😁
https://www.youtube.com/watch?v=1AYXu9dlC2A 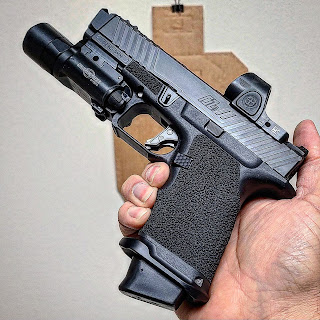 Posted by Chuck Brazeau at 3:40 PM No comments:

Although I attend these indoor IDPA action pistol matches all the time, it's been a while since I recorded one. I was again shooting my Zev Tech OZ9C that I recently updated with an Overwatch Precision TAC trigger, and the gun ran flawless. Other than a few brain farts and reload fumbles (typical for me at an IDPA match), I ended up in 1st place Overall out of 8 total with a 23+ second margin. 👍 This OZ9C is an absolutely amazing gun! I love everything about it and I love shooting it! I normally rotate through a lot of different carry guns (CZs, 2011s, Glocks, Walthers, Sigs, etc), but I can see myself carrying and competing with this one on a regular basis for a while. 😁💓😎💜
https://www.youtube.com/watch?v=HjQEIzSzNOU 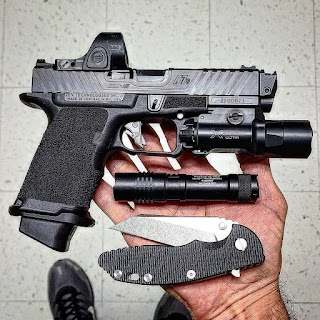 Posted by Chuck Brazeau at 7:38 PM No comments:

USPSA match at the Lead Farm in Lubbock Texas. I was running my Zev Tech OZ9C again, and after some problems with it at previous matches, it is now running flawlessly!  I was finally able to figure out and resolve the light strike issue I was having with the gun. I discovered that the trigger bar's vertical extension was not fully depressing the firing pin block (see photo below). This may be because Zev inadvertently cut this too short at the factory or possibly the previous owner modified it (I bought the gun used), so I installed a used factory Glock Gen3 trigger bar temporarily to test it at this match and it ran great. I've since installed an Overwatch Precision TAC trigger as a permanent replacement, and will be running it a at a few more matches before rotating other guns back into my regular carry and competition usage. 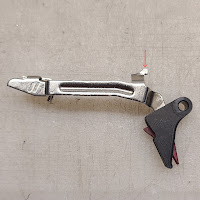 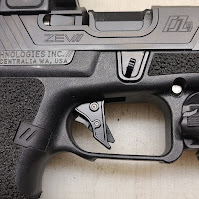 Unfortunately, I made a careless mistake on stage 2 by letting a prop that we had to carry with us (fake cell phone) slide off the top of a barrel, which cost me a lot of time as I still had to pick it up and take it with me to the next shooting position. Despite my fumble, I still managed to come in 3rd place Overall out of 35 total. I can tell from reviewing video footage that I am shooting a lot faster than I have before as I have deliberately tried to break myself of over-aiming on close up targets. I pretty much just "point-shoot" with two quick shots for any target that is inside of 7 yards now (still kinda sorta aiming), but my hits are still acceptable for USPSA scoring.  It's still a work in progress! 👍
https://www.youtube.com/watch?v=zLoqSiM-MwI 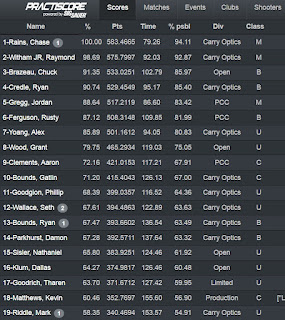 Posted by Chuck Brazeau at 2:02 PM No comments:

First match of 2023!  This one was a new Outlaw Steel action pistol match at the Lead Farm in Lubbock, TX. The match is similar to USPSA but with all steel targets and "time+" scoring. These matches will be going on once a month at the Lead Farm this year in addition to their regular USPSA matches, so I am very excited about it! There is something very satisfying about shooting steel targets and hearing them ding loudly with each hit. 😁 Unfortunately I had a LOT of light strikes with my new Zev Tech OZ9C at this match, which cost me some time, but still managed to come in 3rd place overall out of  42 total. I've got to get the light strike issue worked out on the OZ9C as this gun is amazing to shoot otherwise.
https://www.youtube.com/watch?v=IZPBVjP9Tmc 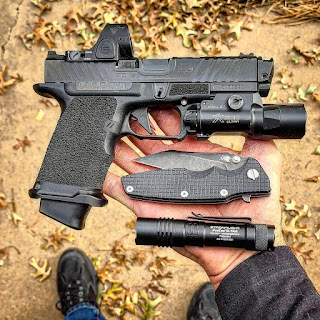 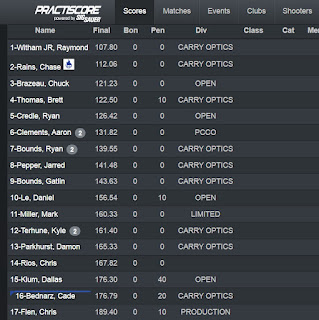 Posted by Chuck Brazeau at 2:40 PM No comments: