This was the last USPSA action pistol match to be held at the Amarillo Rifle and Pistol Club, as these matches will be moving to a larger range in January. I've been shooting in the Production division for a little while this year, but decided to shoot one of my Limited division guns at this match. This was the first time I was shooting my home loaded .40 S&W ammo (major power factor), and it was definitely better than off the shelf ammo as far as recoil goes.  I didn't have any gun/ammo malfunctions, but I did have a brain fart on Stage 5 (a brain fart at a USPSA match??? Yep!).  There were two Grand Master shooters at this match, so I wouldn't have won anyway. 😛 Still had a lot of fun though.

Another indoor IDPA action pistol match at Texas Panhandle Pistol Club. I missed a head shot on the first stage, which took a few seconds to realize and make up the shot, but otherwise I had a really good run (placed 1st out of 8 total). I blazed through the 4th stage, which was a strong-hand/weak-hand standard that I've been practicing a lot for during my dry fire practice sessions.

This month is significant for me, because I started competing in action pistol sports 2 years ago this month, and because I finally attended my first "big" IDPA match (8 stages) this weekend and got 1st place overall! I had been practicing a lot prior to this match (both dry and live fire), and it definitely paid off at this match. It had rained heavily the night before and was raining all day during the match, so 4 of the 8 stages were muddy as hell.  Not the best environment for action pistol sports, but it created an interesting challenge that you don't usually have to deal with. 😊 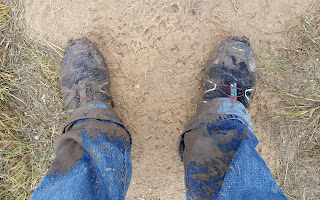