I have always stippled my polymer framed handguns myself. I have been improving my technique over time and the look of my work has gotten much better from when I first started.  However, I must've re-stippled this CZ P-07 Urban Gray frame 5 or 6 times trying to remove a discoloration spot on the right side of the grip (because my OCD wouldn't let it go). On the 3rd or 4th attempt I ended up going so deep that I had to do a repair job on it using melted plastic from one of the unused backstraps, which made the discoloration spot even worse. So, I admitted defeat and just sanded it smooth in preparation for grip tape. I normally do not like grip tape because it usually moves around on the gun and the rubber version just feels too squishy for my preference, but having this smooth prepped surface on the frame has allowed this application of grip tape to feel solid and has not moved around at all since it was installed. I used the Springer Precision rubber grip tape because they are the only company that I know of that makes pre-cut grip tape (both rubber and sandpaper versions) for the CZ P-07/P-09 that doesn't have the small circle cutout for the CZ logo on the sides of the grip. I wasn't 100% satisfied with the shape of their pre-cut grip tape, so I ordered the larger P-09 version and carefully trimmed it in specific areas to my liking.  I also had to make my own backstrap grip tape from an extra pre-cut P-09 sheet. To be honest... I really love the way it looks and feels now! 😁 If I had to do it all over again, I don't know that I would go through the effort to grind off the factory texture and sand smooth another P-09/P-07 frame specifically to apply grip tape, but it certainly made a huge difference on this frame that was almost ruined by my botched stipple job. 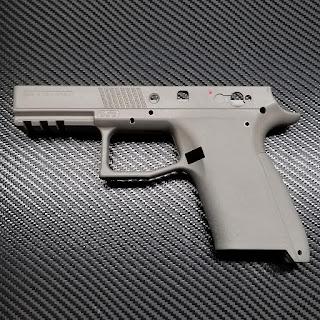 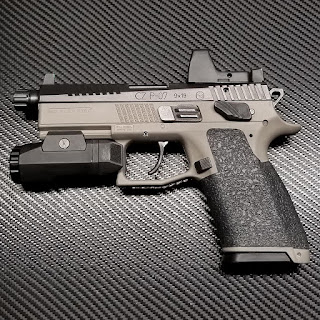 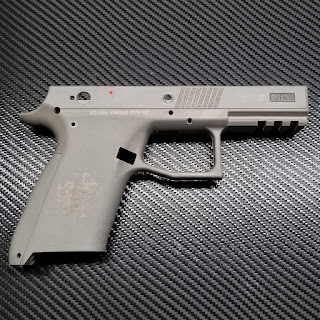 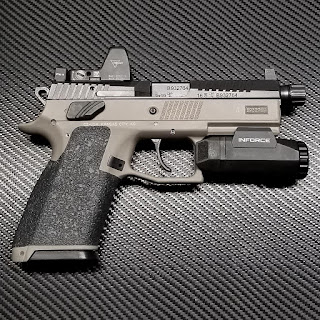 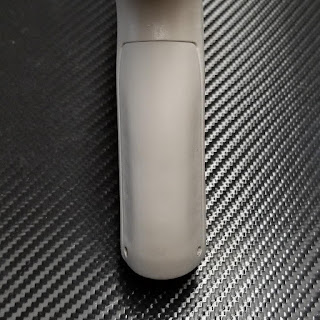 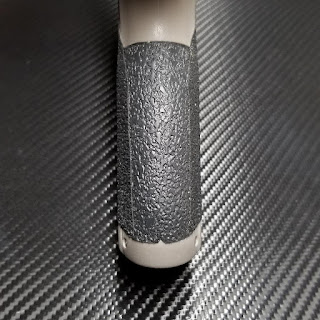 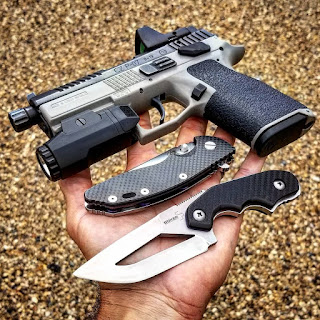 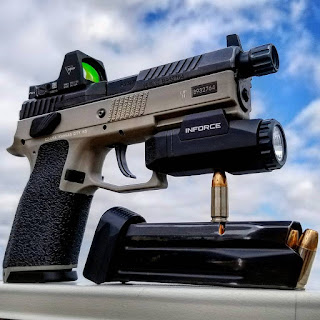 UPDATE: While I think the rubber grip tape looked really good, I felt that it just wasn't aggressive enough for me after comparing it to my other stippled P-07 handguns, so I replaced it with the sandpaper version of the Springer Precision grip tape, and again used the larger P-09 version and custom cut it to my preference. 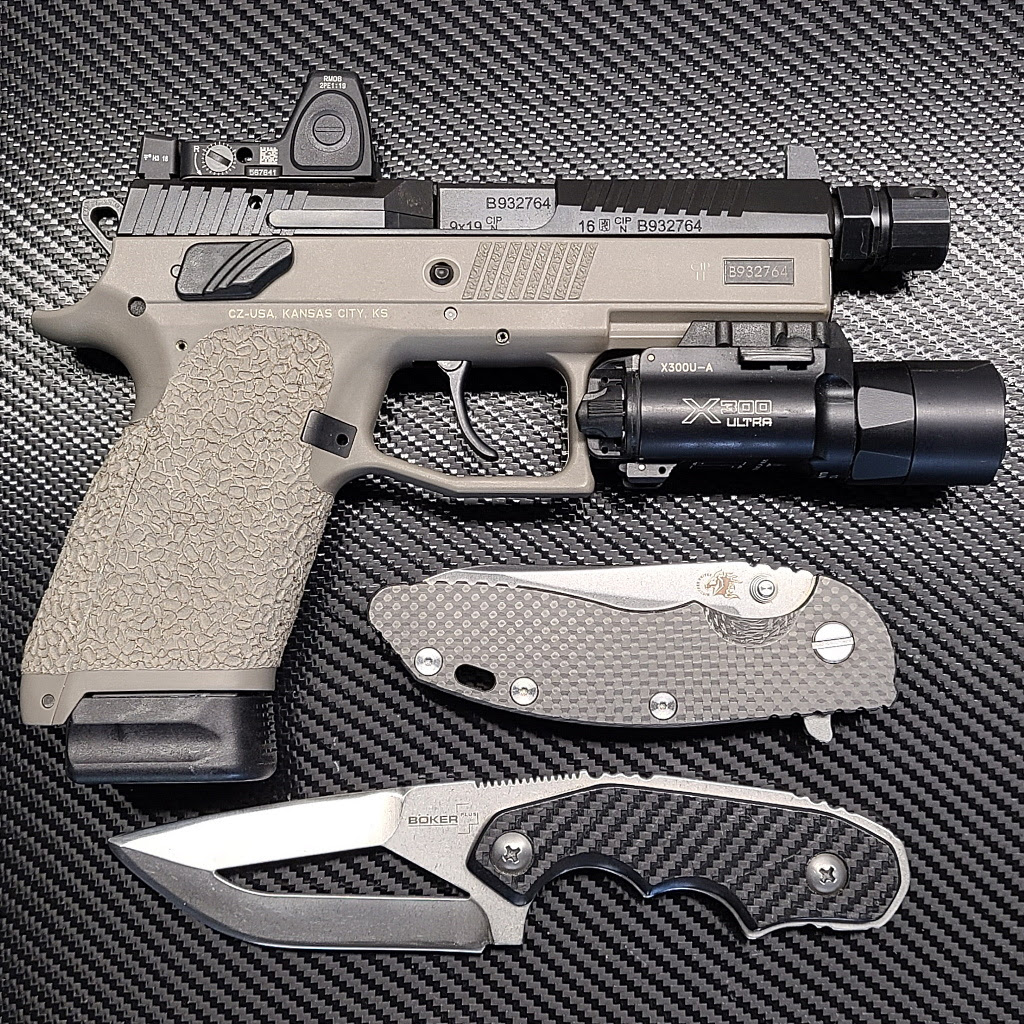 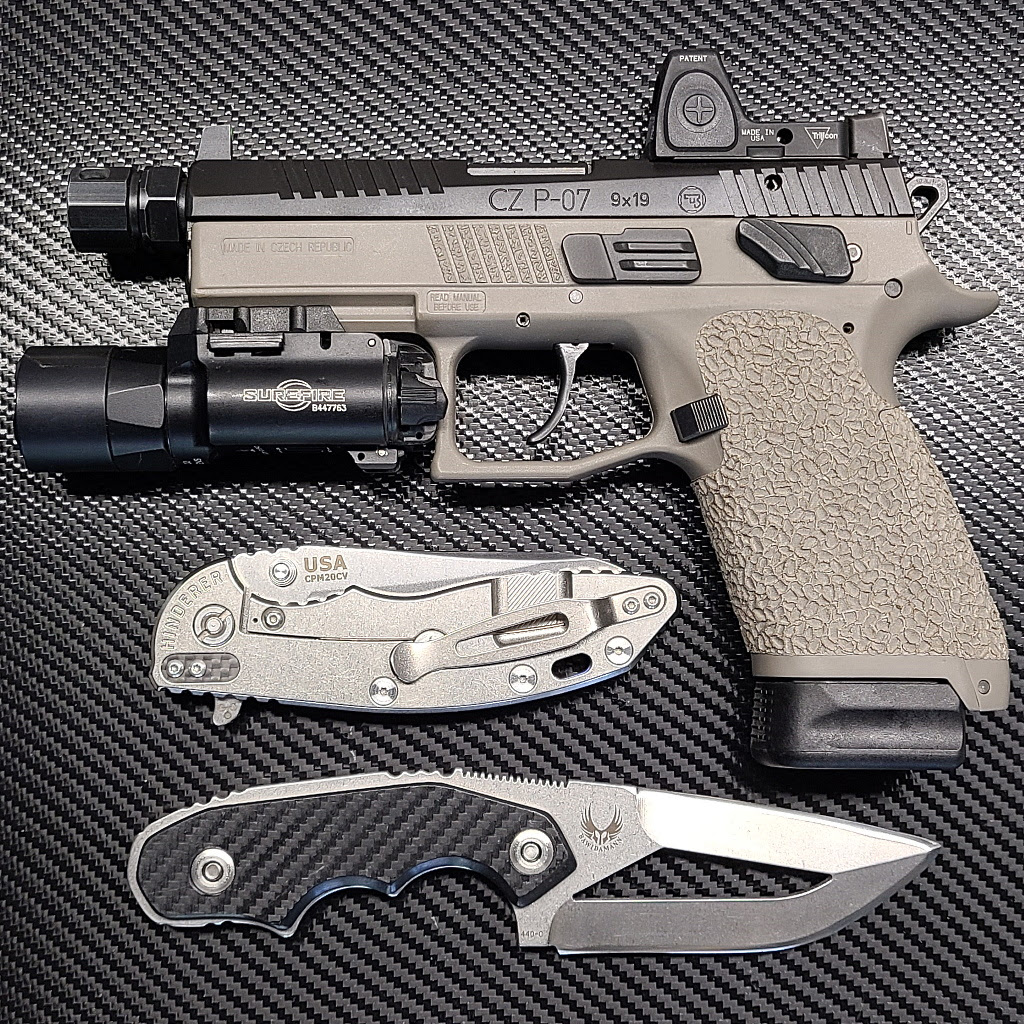 Posted by Chuck Brazeau at 7:55 AM No comments:

A decent performance from me at this IDPA action pistol match using my CZ P-07 Urban Gray with a Trijicon RMR (daily carry gun).  I didn't make any major mistakes, and I had a great time with a bunch of great people.  Came in 3rd place overall.


https://www.youtube.com/watch?v=G5ybZkd_5Jk
Posted by Chuck Brazeau at 4:46 PM No comments: