The two things I didn't like about the 1st Gen Duty upper that I bought from CZ Custom (pre-milled with their multi-optic cut) for my Urban Grey P-07 were the sharp edges of the front corners of the slide and the finish of the slide. I fixed both of those "issues" with a little bit of time on a belt sander and some Armor Black Cerakote with a dash of Tungsten to give it a slight metallic flake. I'm really happy with the way it looks now. 😍

Yet another indoor IDPA action pistol match (I'm really wanting to shoot an outside match already!!!).  This time in Lubbock, TX with Patriot IDPA.  I got off to a rough start with 7 points down on the first stage with a single target, but then started to improve through the rest of the match.  Ended up in 3rd place out of 10 total and was only 0.20 seconds away from 2nd place. 😒 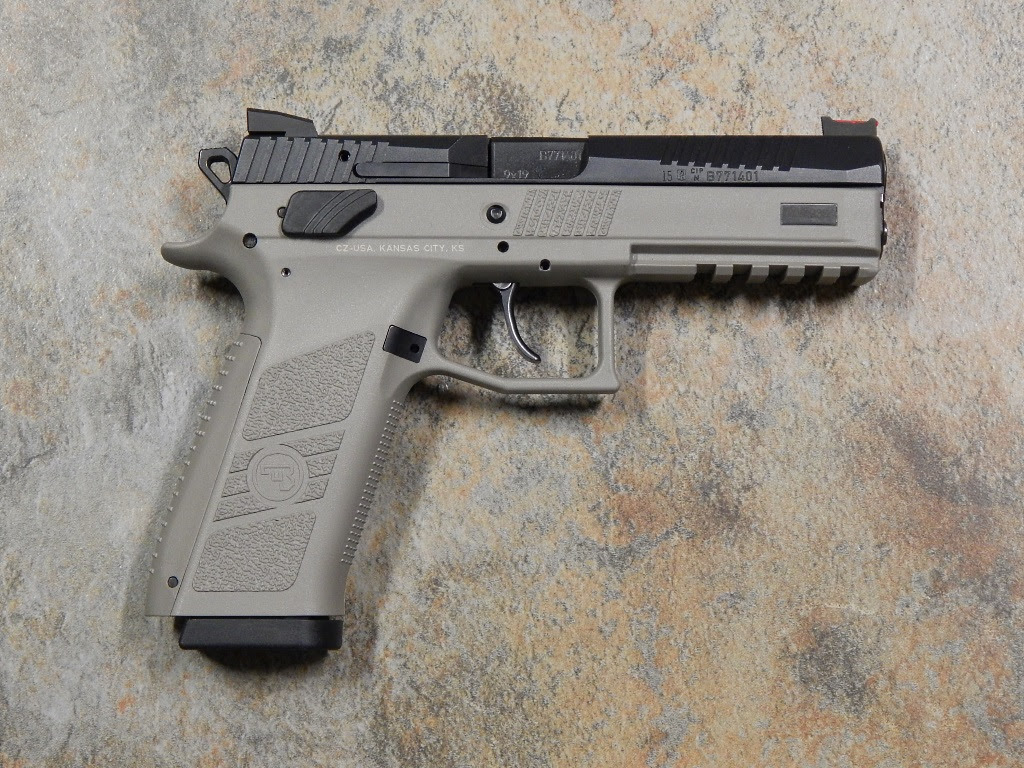 I attended a couple of local 3-Gun matches in 2016, but my performance was pretty poor as I was still getting used to shooting my AR-15 rifle, and I'd been using my 25 year old Mossberg 500 pump-action shotgun.  Using a pump-action shotgun in 3-Gun put me at an extreme disadvantage compared to the guys using semi-autos, plus I was having issues with the safety getting bumped on every time I pumped the gun after each shot (a known issue with the Mossberg 500).  I'd been reluctant to go out and purchase a new Benelli M2 semi-auto shotgun ($1500!!!), so I started researching the Stoeger M3000 as a cheaper alternative. While looking for one locally I came across a brand new Franchi Affinity semi-auto shotgun at a used market price.  The Franchi line of shotguns are made by Benelli in the same Italian factory, but they use the Inertia Driven recoil system of the Stoeger M3000 (also owned by Benelli, but made in Turkey).  The Franchi Affinity is very similar to the Benelli M2 and will accept the majority of aftermarket parts made for the M2.  I've got mine decked out with a Nordic Components +7 magazine tube extension, larger bolt charging handle, and larger bolt release button, a TTI extended carrier, and I've opened up and smoothed/polished the loading port to expedite reloading the gun.  Hopefully this will up my 3-Gun game and I'll have some videos from matches that will be worth posting! 😎 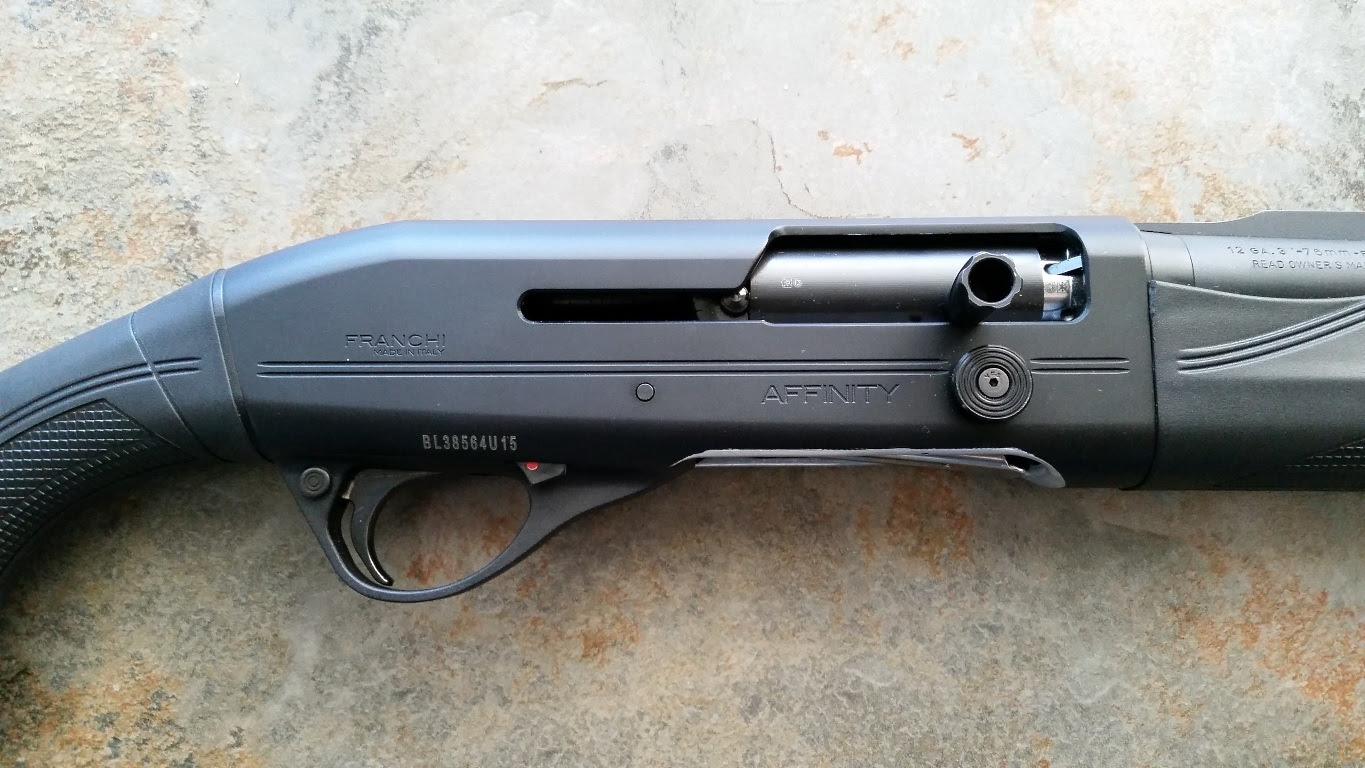 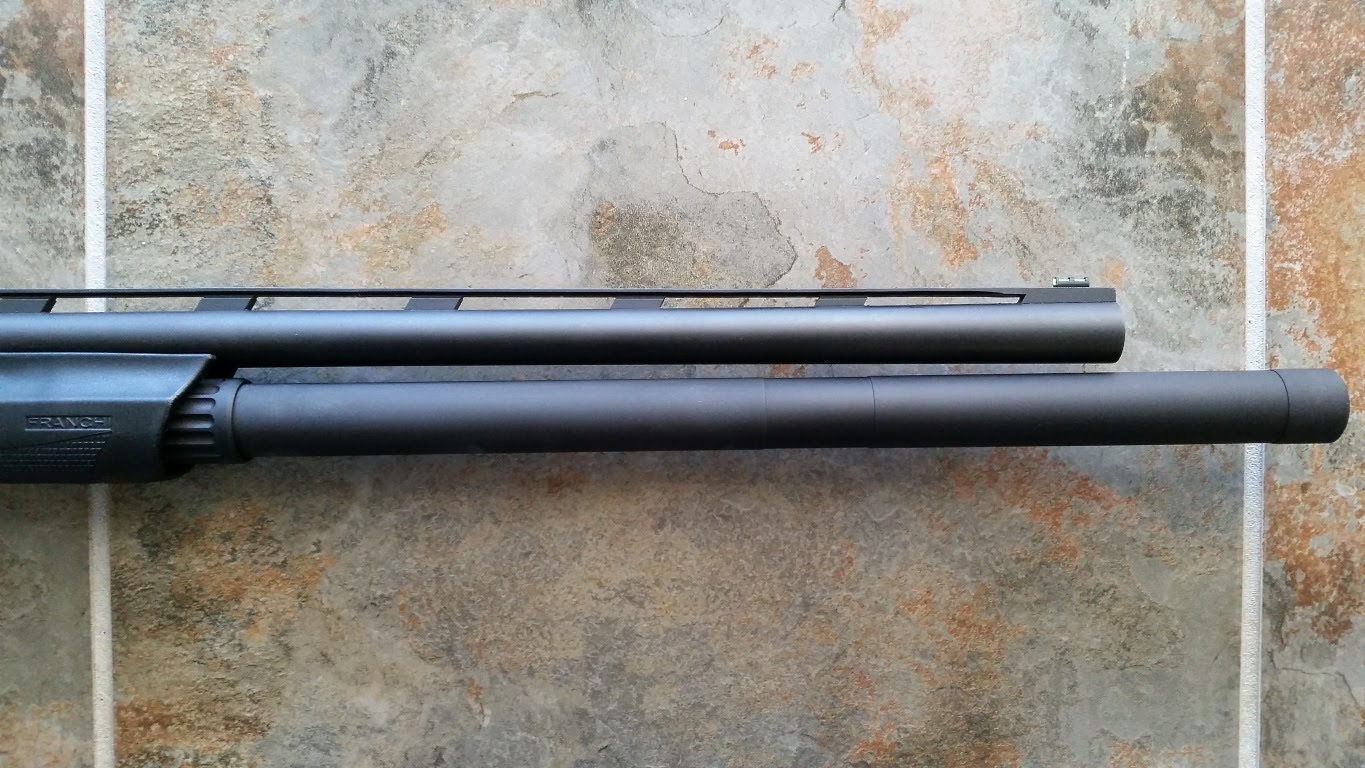 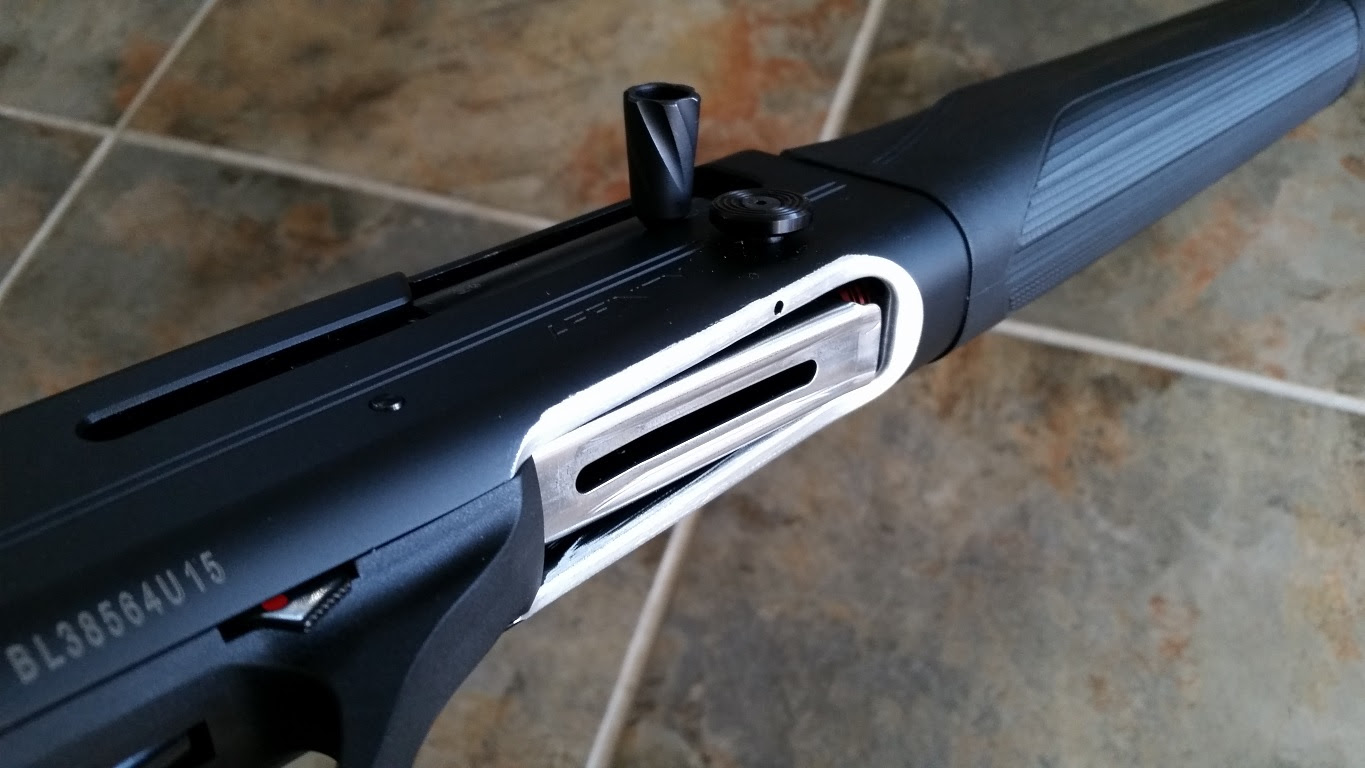 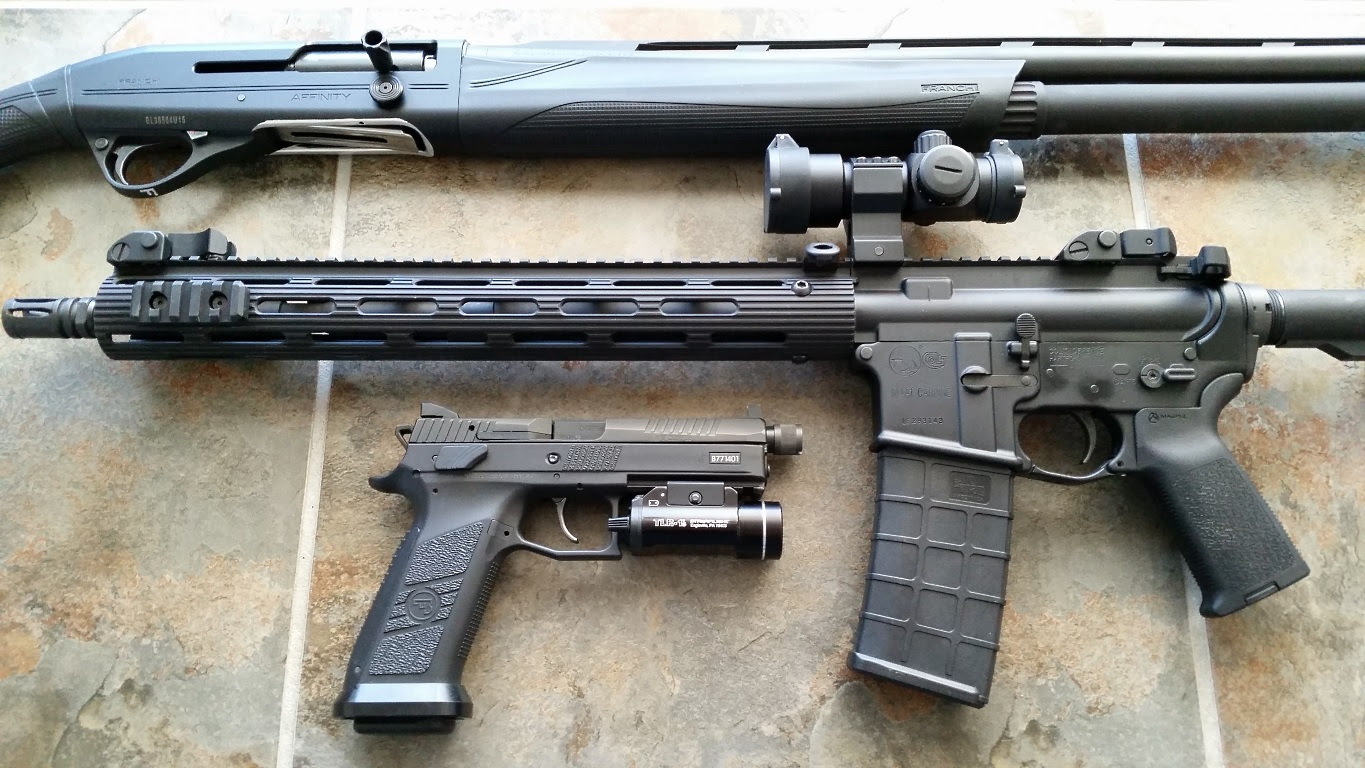 Posted by Chuck Brazeau at 1:13 PM No comments:

Finally got to shoot my new CZ P-09 Urban Grey at an IDPA match.  I am loving the gun and I'm looking forward to shooting it in Production division at USPSA matches too.  At this indoor match, I tried something I've tried before and didn't work, but with a different twist.  Shooting with both eyes open, but withOUT my prescription eyeglasses!  I've struggled with shooting with both eyes open in the past because I simply could not focus on the front sight.  But I am EASILY able to focus on the front sight with both eyes open without my prescription glasses.  I found that I was able to track the front sight during recoil much better and I was able to call my shots with ease.  Hopefully, this new technique will help me improve as I continue to use it. 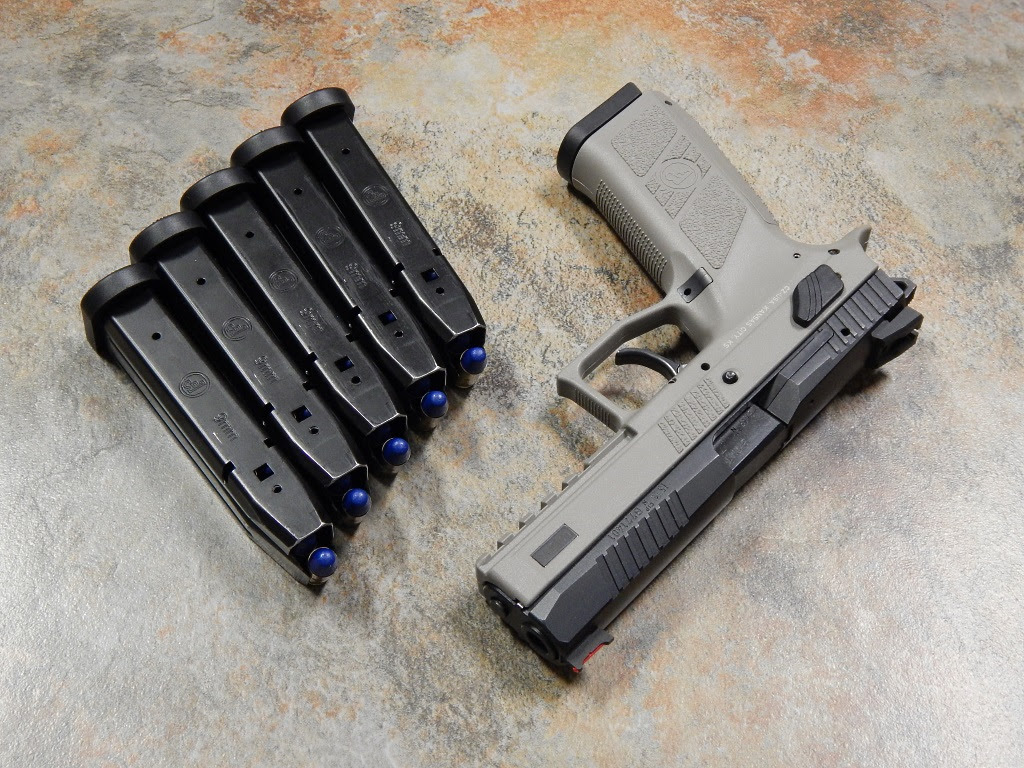