With the lack of any autocross venues in my area and having recently acquired a 2002 Ducati Superbike 748s, I decided to convert my 2001 Ducati 900 Supersport into a part-time track bike so I could do some motorcycle track days to get my "racing" fix.

I still enjoy riding this bike on the street, so I didn't want to make it a dedicated track bike. The bike also has some custom bodywork and a custom gloss black paint job that I didn't want to risk damaging if I had an accident at the track (I've never done a track day before), so I've been slowly acquiring some used OEM fairing pieces (half fairings, front fender, rear grab handle, and tail sides), a used seat, and a used gas tank from eBay to use for the track. You may wonder why I didn't just buy some Sharkskinz track fairings, but its because the used OEM fairing pieces were much cheaper and I already had my OEM upper headlight fairings that weren't being used since I installed a custom HID projector headlight. The OEM fairings also break down into smaller pieces for less storage space when they're not installed on the bike. I went with half fairings to give the bike a different look and to potentially allow the engine to get more air and not overheat at the track. I'm also going to use my old cored OEM exhaust mufflers to preserve my beautiful carbon high-mount Termignoni slip-ons that are apparently no longer available. 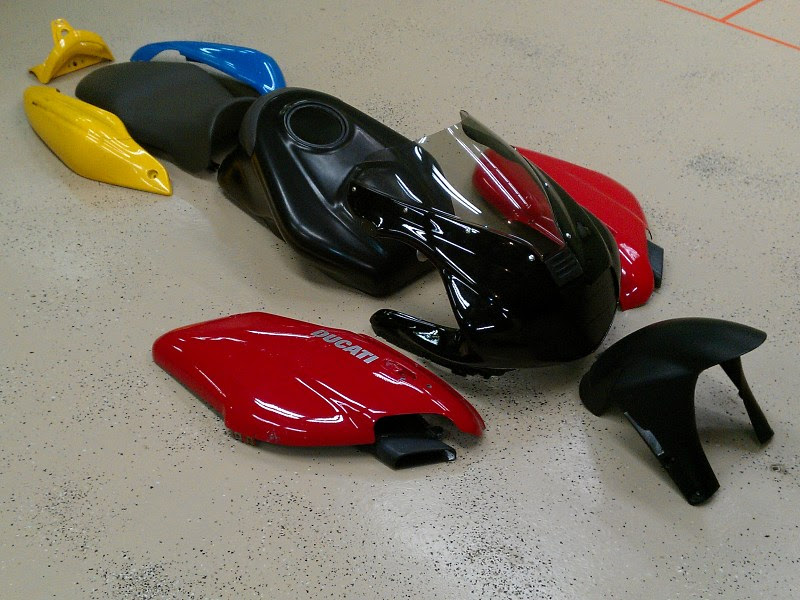 I still have to prep and paint the used fairings and replace the wood decking on my 5x8 trailer, but I'm hoping to be ready for the April 1st event with RideSmart motorcycle school at Eagle's Canyon Raceway near Decatur, TX. I'll post some photos of the bike with the new fairings once I get it finished, and hopefully I will be able to capture some good on-track video with the GoPro HD camera.

Stay Tuned...
Posted by Chuck Brazeau at 6:55 PM No comments:

I've always loved the 2002 Ducati Superbike 748s with the titanium grey fairings and bright red wheels. In my opinion, this is the most gorgeous bike that Ducati has ever produced to date and they only made 250 of them worldwide and only 200 were imported to the US.

I've seen them come up for sale on eBay and CycleTrader every so often, but I've never really had the money to buy one until recently, so I decided to pull the trigger. I found one on eBay in November 2011, and contacted the seller to strike a deal outside of eBay. The bike was priced a little bit more than I was expecting to pay, but it had an aftermarket exhaust system, $2,000 worth of carbon fiber accessories already installed that I would have wanted to add myself, and all of the stock parts that were taken off. I had the bike shipped from Wisconsin to Texas, and I've been riding and admiring the bike ever since. I don't have any modifications or upgrades planned for the bike since its almost perfect as is, but I may consider transplanting a 1098 engine into it in the future to give it more reliable horsepower. 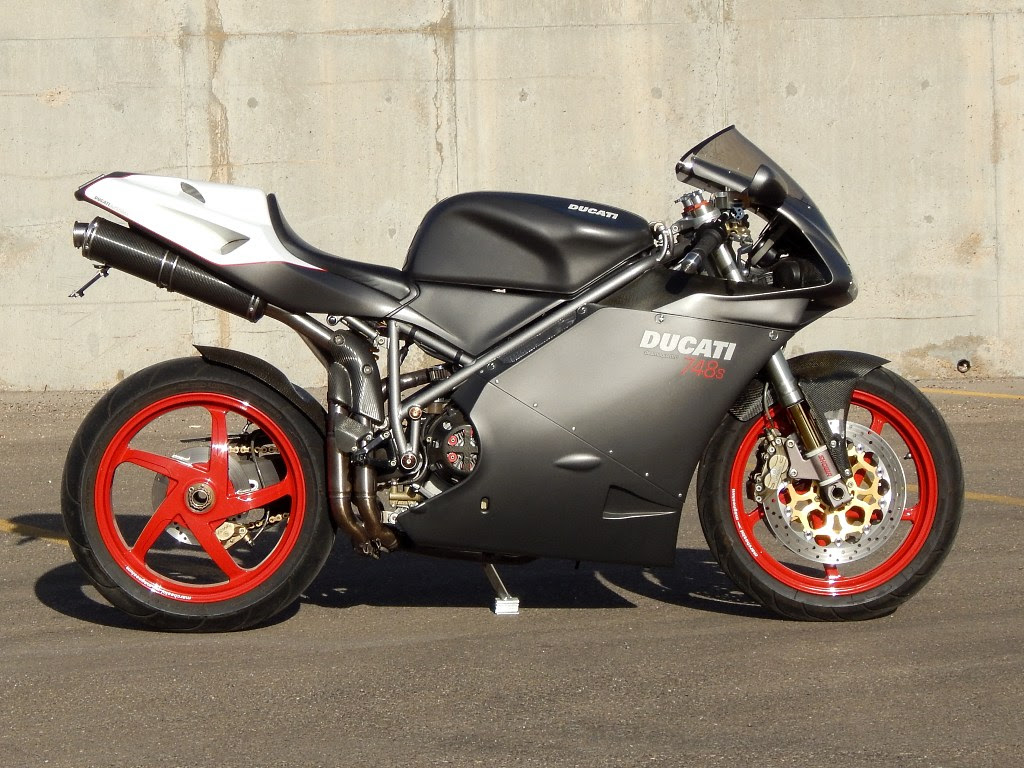 Posted by Chuck Brazeau at 6:20 PM No comments:

The 2011 autocrossing season was pretty great! (I know this is a late update)

I used my new GoPro HD camera to capture some great in-car video which can be seen on my new YouTube page here:
http://www.youtube.com/user/BrazeauRacing

I didn't finish out the season because the track layouts at Kimbrough Stadium were getting smaller and tighter to the point that you couldn't even shift the car out of 1st gear. At the end of the day that's just not fun enough for me to spend $40 to stand out in the hot sun all day.

There are still no new venues for the West Texas Region SCCA, so I probably won't be autocrossing in 2012. However, I do have something new that I will be trying out... Motorcycle Track Days!!! :-)
Posted by Chuck Brazeau at 6:05 PM No comments: