Here's my "hat cam" video footage from today's IDPA action pistol match at Amarillo Rifle and Pistol Club.  I didn't do as well as I would've liked to at this match (placed 13th out of 19), but it was still a lot of fun. :-)


http://www.youtube.com/watch?v=_dLlNrUdLc4﻿
Posted by Chuck Brazeau at 5:55 PM No comments:

Despite the extremely high winds, the USPSA action pistol match went pretty good.  My wife came along and took some video of me on four of the five stages.  I found out later that I actually won this match! :-)

I used my GoPro camera on my head during my last IDPA indoor action pistol practice match (placed 6th out of 12), and after reviewing the video I decided to go ahead post it on YouTube since it didn't make me look like I sucked too badly. :-) Enjoy.


http://www.youtube.com/watch?v=gSV-CUlmSls
Posted by Chuck Brazeau at 8:03 AM No comments:

I used to be a big handgun fanatic and have owned several long ago, but I sold all of them and have been without any firearms for over 16 years. I recently learned about the Texas Motorist Protection Act, which allows citizens to legally carry handguns in their vehicles without a concealed handgun license, so Monica and I decided to get ourselves some handguns.  Unfortunately, my addiction for handguns quickly took over again and I've acquired five new handguns in less than six months! :-)

I've always been interested in the action shooting sports, specifically USPSA and IDPA, so two of the guns were purchased with the intent of competing in these types of matches.  There are a lot of various differences between the two shooting sports, but the biggest is that IDPA is centered around concealed carry scenarios and shooting from behind cover, and competitors are directed to shoot each stage in a specific way.  USPSA is more about shooting fast while moving from target to target (no concealed carry or shooting from behind cover), and competitors can shoot each stage however they feel is the best way.

I've already attended a few local matches and practices, and I try to do dry fire practice at home as much as possible.  It is a LOT of fun, and it will give me something to do in between our motorcycle track day weekends.  I have a lot more fun at USPSA matches, but I like the challenge of the IDPA matches.  I may use my GoPro camera at some of these events and post them on YouTube and link them here once I have done enough events that it doesn't look like I suck too bad. :-)

You can see more photos of the guns here: http://www.brazeauracing.com/firearms/ 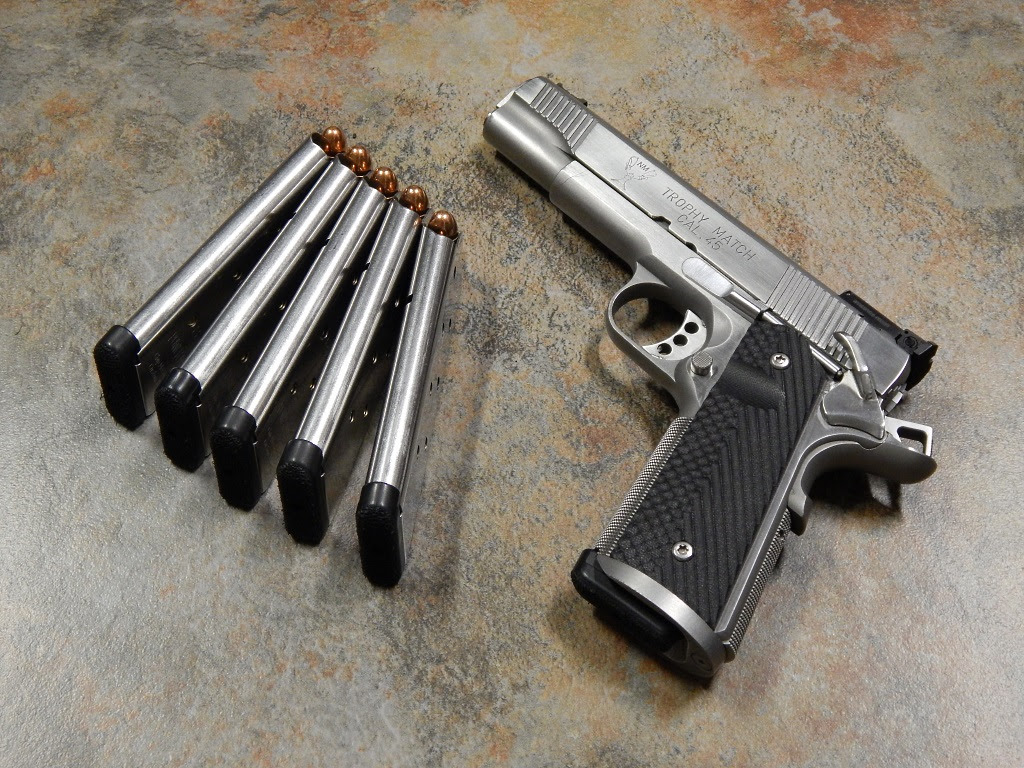 EAA/Tanfoglio Witness Elite Match in 9mm
Used for USPSA in Limited Division
Posted by Chuck Brazeau at 1:01 PM No comments: