Back at Eagle's Canyon Raceway for two days back-to-back with RideSmart.  My wife came with me, and even though she had no intention of doing either track day, we brought her bike with us on the trailer so that she would have transportation to and from the track as well as to participate in the parade laps on Saturday.  While waiting to do the parade laps, she was encouraged to sign up for Sunday's event on stand-by and they would let her use some rental leathers for free.  We both had a lot of fun, and she'll be attending track days with me going forward. :-)  Below are video clips of two of my best laps from each day, and photos of both of us. It's nice not getting passed as much as I did on my first track day, and as you can see from the videos I'm passing a lot more people now, but I think I'm going to stay in Level 1 for next season to make sure I can proficiently stay on the race line, continue working on correct body position, and improve my throttle and braking so that I can be more comfortable with passing. 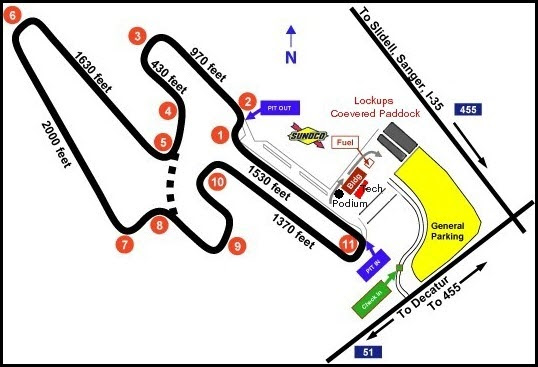 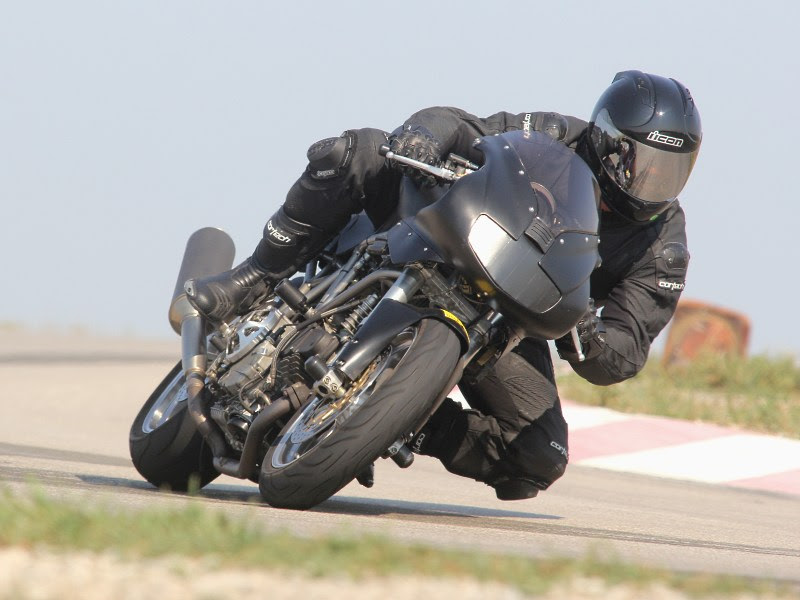 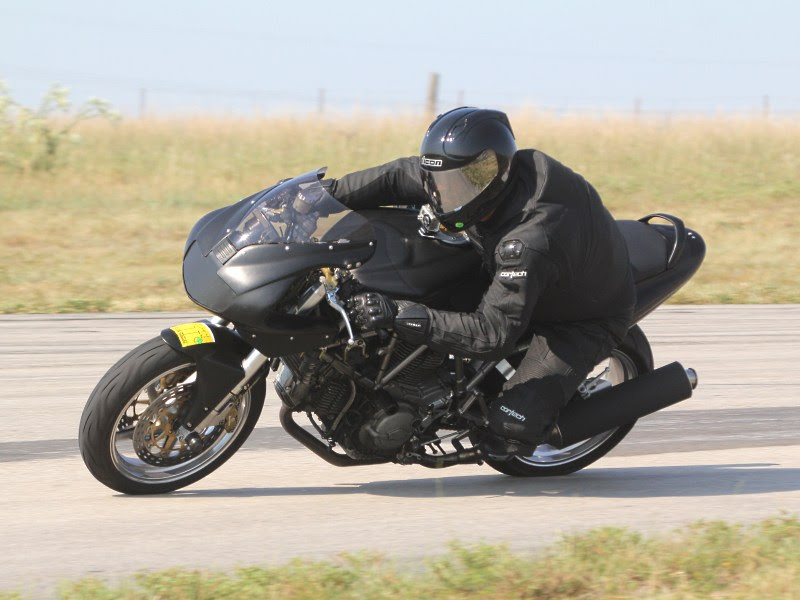 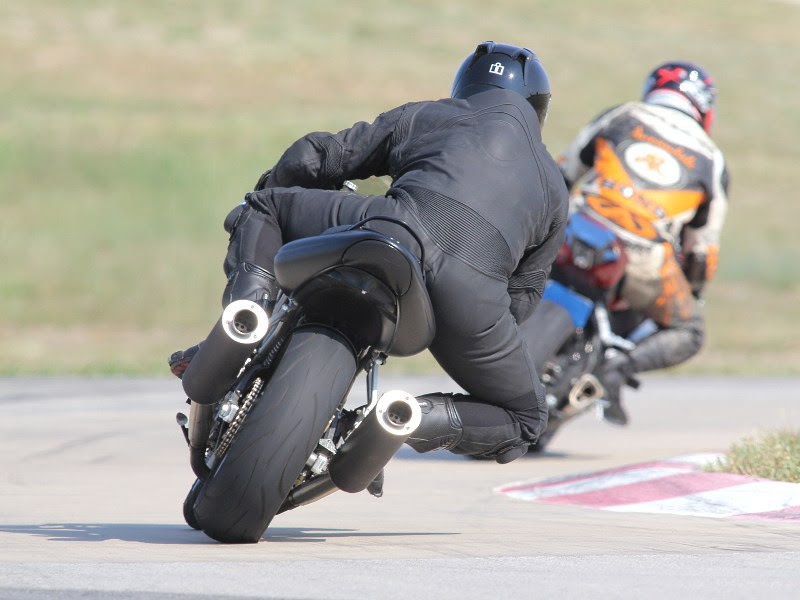 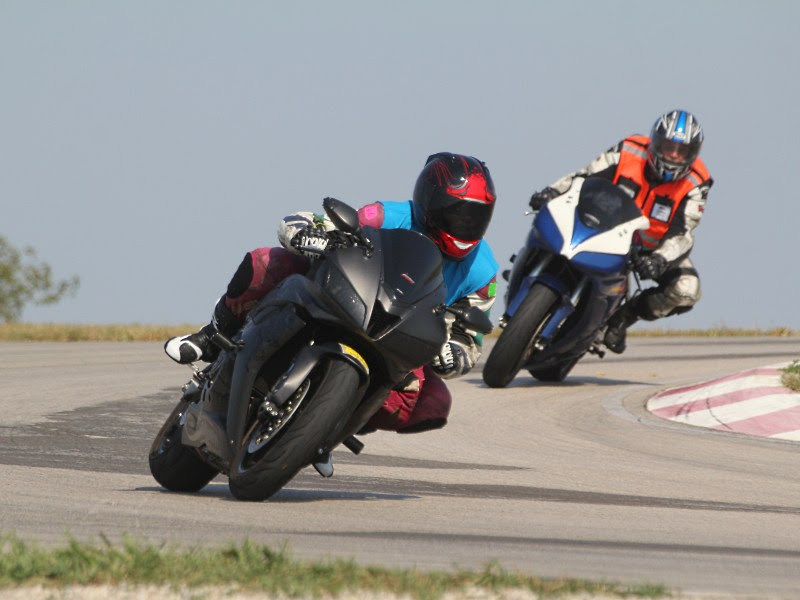 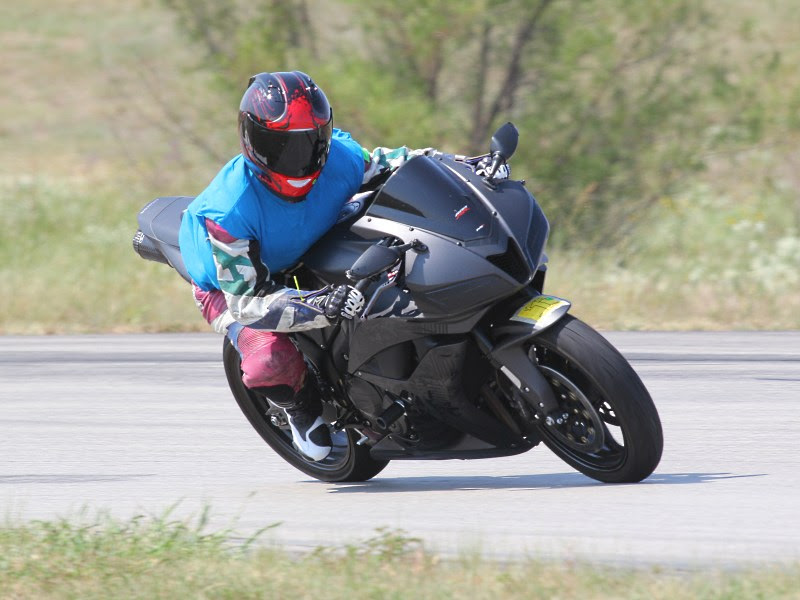 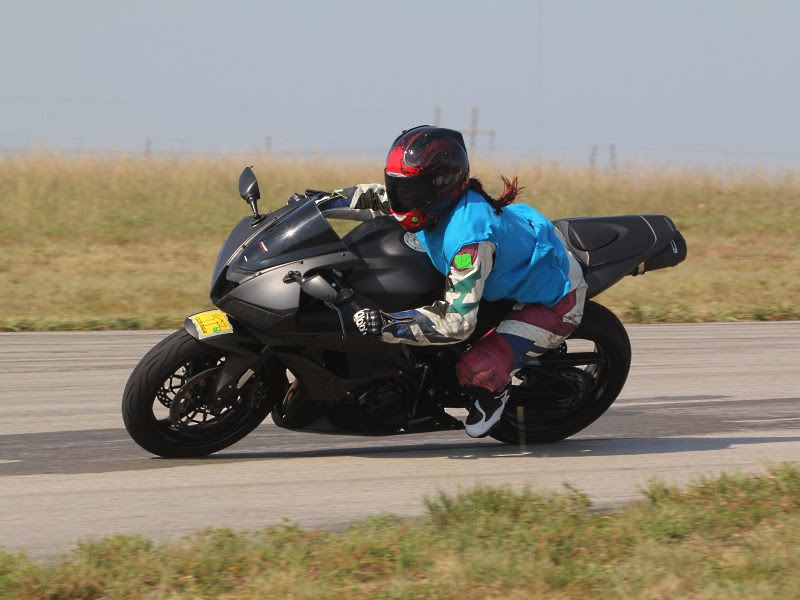 I spent so much time and effort getting that belly pan to fit, and I really like the way it looks, but the damn thing got ripped off the bike while I was backing it off the trailer at Eagles Canyon Raceway on Saturday. The ramp folded down into a low spot on the ground and was steep enough to catch an edge of the pan... now its dead. :-/

The good news is I found a pair of brand new OEM full fairings that were being clearanced out by a Ducati dealer VERY cheap. :-)

Photos and video of the track day coming soon.
Posted by Chuck Brazeau at 9:26 PM No comments:

I've made a few updates to the track version of my Ducati 900 Supersport, all of which have absolutely nothing to do with the bike's performance. :-)

I've had problems with the belly pan dragging at the track because it was mounted so low on the bike to clear the exhaust.  Since I'm not using the pan to catch any fluids, I decided to cut an opening into the bottom for the exhaust to fit through similar to the factory fairings. I also trimmed the pan and modified the mounting points to mount it up higher on the bike so that it has the same ground clearance as the factory fairings.

I also replaced the grey tank pad with a black version from the '99-'00 Supersports, added some TechSpec grip material to the sides of the tank, and recovered the seat with a new Sport Skinz replacement cover from Sargent Cycle.

Now the bike doesn't look so much like a piece of crap that was thrown together quickly with random used parts for track days. :-) 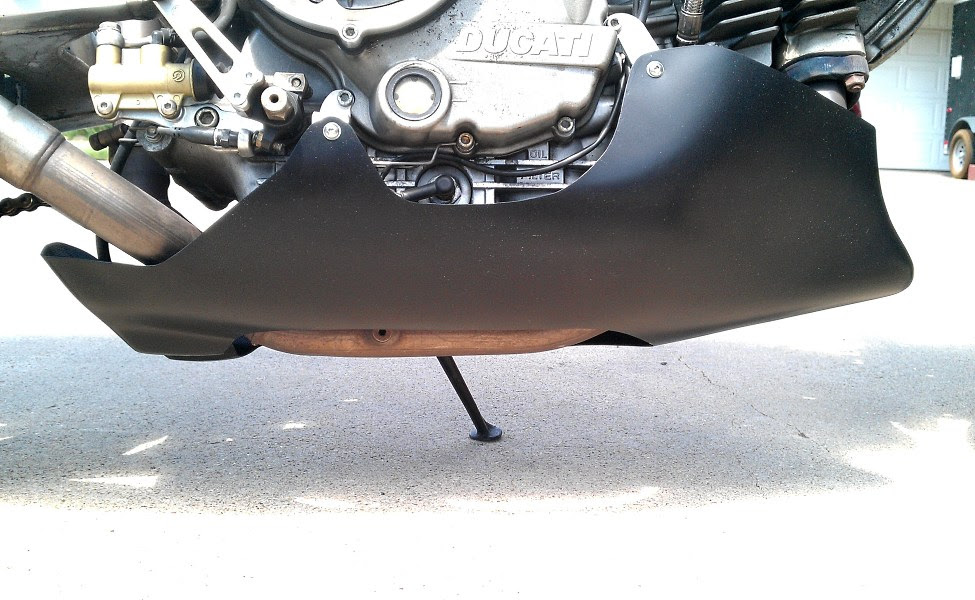 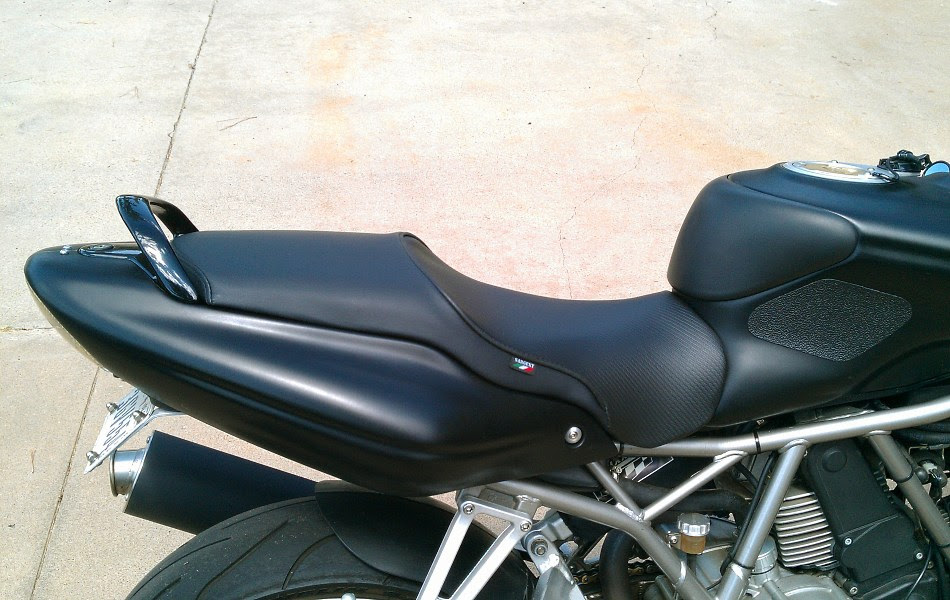 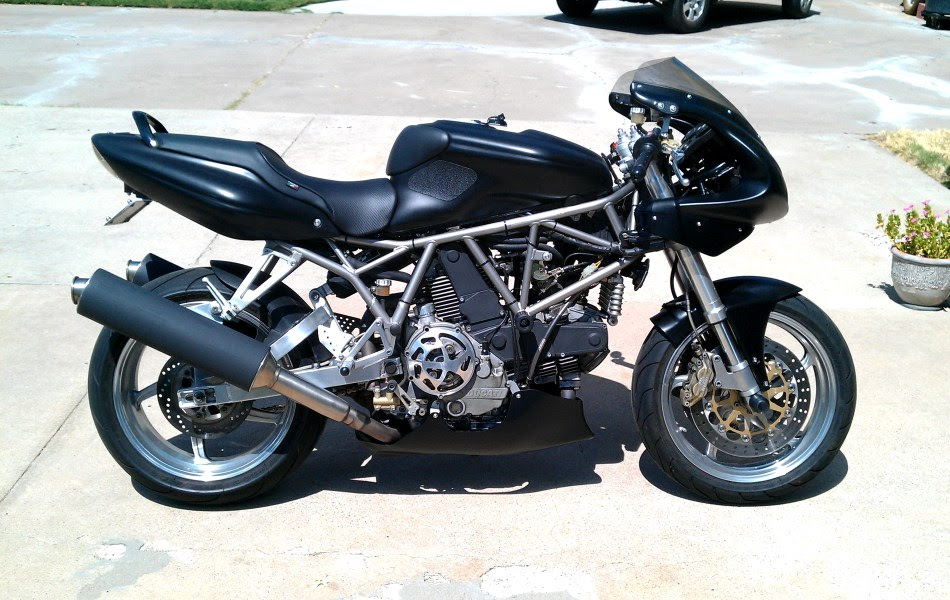