I was really excited to shoot my optic equipped CZ P-09 in the new Carry Optics Division of IDPA. I came in 2nd place overall out of 18 total, but I did have a few issues with the red dot sight.  At the end of Stage 5, the red dot shut off while I was engaging the last two targets of the stage (you can see how slowly I shot them in the video).  Cycling through the power/mode button on the side of the Burris Fastfire 3 optic, I was able to get the red dot to come back on, but it disappeared again during one of the strings of the new 5x5 Classifier stage at the end of the video.  I still did okay on the Classifier (Expert in ESP), but I was concerned with this issue.  When I got home and inspected the optic closer, I realized that the battery cover was about a 1/4 turn from coming off, which would explain why the dot kept turning off randomly.  Lesson learned... tighten that battery cover before every match! 😜 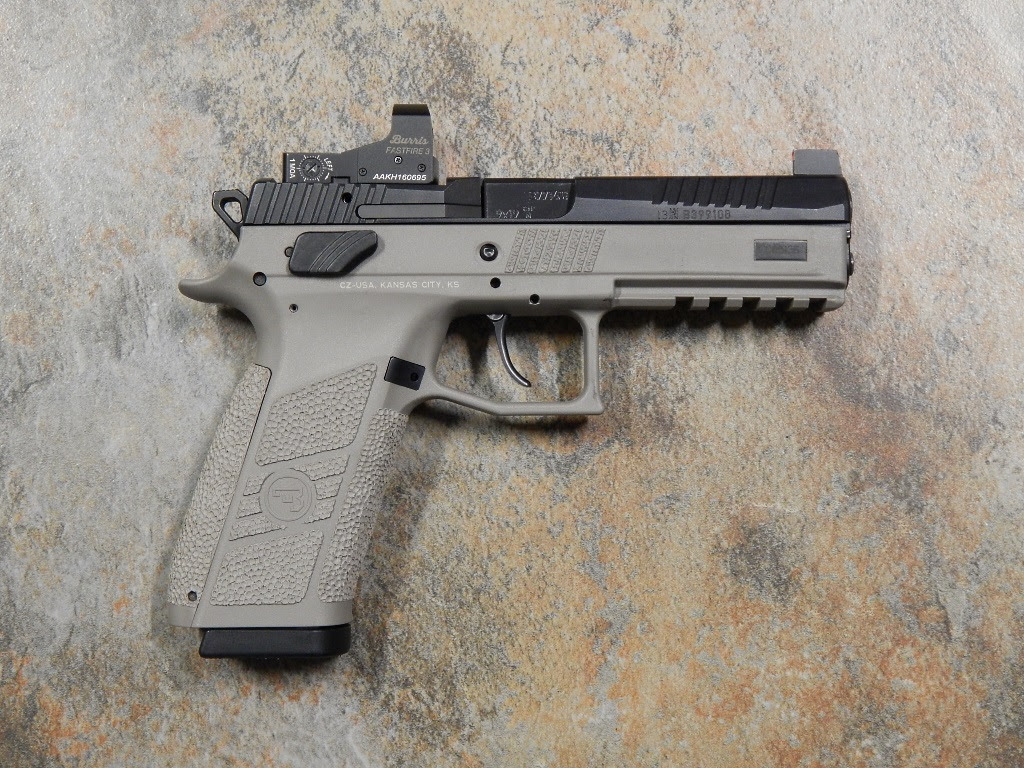 I haven't been to a 3-Gun match since April of last year, so I was excited to attend this one, especially since shotgun was optional and I could use a PCC gun as my rifle.  This meant I could use just my CZ P-09 pistol (with an optic) and my CZ Scorpion EVO S1 Carbine.  Unfortunately, the first two stages went very badly for me.  I was not confident in my Scorpion for long distance shots (farther than 50 yards), so it took some time to see where the POA/POI was at those distances.  Plus, the red dot disappeared after the first two shots!  I was able to get it to come back on by simply changing to a different brightness setting, but I still don't know why that happened. 😕 I also had trouble with the accuracy of my pistol's optic, as I was missing a lot of small steel targets past 20 yards.  After the second stage I was able to adjust my pistol's optic slightly (using the co-witnessing front sight as a reference point) and ended up doing much better on the last two stages (placed 2nd on both of those stages).  The last stage was interesting because we had to carry a 20 pound container of water and shoot everything one-handed!  I ended up 7th out of 14 overall due to the issues I had on the first two stages, but I still had a lot of fun and learned some valuable lessons.

Posted by Chuck Brazeau at 11:55 AM No comments: