With the recent acquisition of my Staccato C2 compact 2011 handgun, I felt like I needed another compact 2011 in my carry gun collection.  I wasn't sure if I wanted another STI (maybe an older Tac-Lite 4.0 with a shorter VIP grip installed), or maybe the single stack version of the C2... the Staccato C which is already optics ready (I know... not technically a 2011), or possibly one of the Bul Armory 2011 handguns (their SAS II line) that have gained popularity in the United States recently.  After making a list of pros and cons for all the guns I was considering, the Bul Armory SAS II Ultralight Shield stood out as the clear choice for the best value as it comes with a Shield Sights RMSc optic already installed from the factory for only $1650.  Bul Armory handguns are made in Israel and imported to the US through authorized distributors.  I contacted GP Arms to order one (normally a 90-day process), but they just happened to have the gun I wanted in stock, so I had it in my hands within a week of contacting them! 😁

The Ultralight is very light weight due to all the slide cuts and the fluted barrel, which also gives it a very unique and interesting appearance. It comes with a stainless grip safety, but the rest of the controls were black, so I immediately installed Ed Brown stainless controls and EGW stainless action parts and pins to give it more of a unique two-tone contrast.  The gun has an aluminum frame with a full length railed dust cover to mount a weapon mounted light or laser. Unfortunately, that rail is very short with only a 3.25" barrel, which makes it difficult to find a quality weapon mounted light that fits the gun.  Even though I have never been that fond of Olight's PL-Mini 2 light with its sliding mounting bracket, it seemed like the perfect light for this short gun. The light output is really good for it's size at 600 lumens and it looks right at home installed on the gun. 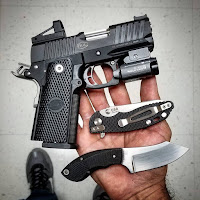 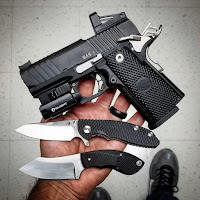 Grip Chop
Bul's 15-round compact grip is actually 5mm shorter than STI's compact grip, but since this is an "Officer" size 2011 I felt that it needed to be even shorter... so... dremel, drill press, belt sander, various files, determination, and an afternoon bored at home = chopped grip and shortened magazines for a flush fit.  The Bul SAS II compact magazines are about the only thing I don't like about this handgun, because the magazine base plates are a pain to remove and reattach compared to the full-size mags.  However, that attachment method makes it relatively easy to shorten the magazine body and drill new holes for the base plate mounting tabs.  The base plates are also unnecessarily long at the front lip, so I shortened that front lip for better aesthetics. I cut 0.300" off the magazine body and the grip for a flush fit when the magazine is inserted (similar in appearance to my beloved CZ P-07 handguns). The shortened magazines now only hold 14 rounds, but I believe the gun looks better and conceals better. In addition to chopping the grip and beveling the inside of the newly cut magazine opening, I also rounded off the sharp edges on each side of the bottom of the trigger guard to make it more comfortable when gripping and shooting the gun. 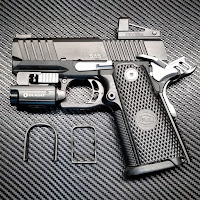 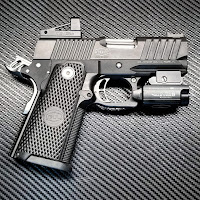 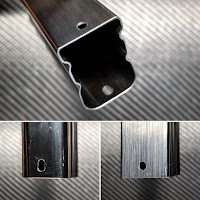 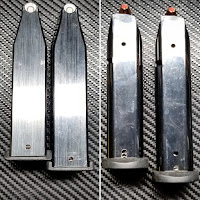 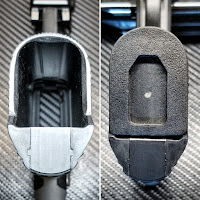 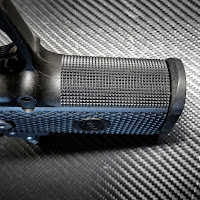 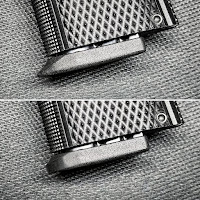 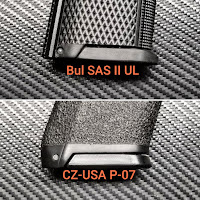 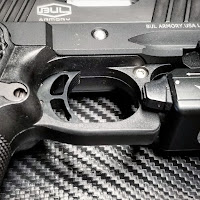 Magazine Availability
When I purchased the gun, extra factory Bul SAS II magazines where unavailable to be purchased separately. 😠 But... I recently realized that the Rock Island Armory 1911 22TCM/9mm double stack 17-round mags should function in the Bul as the mag tube is basically the same. I ordered four of the mags that come with the magwell base pads, but I ended up installing some tall STI 140mm base pads on them to fill most of the gap created from my grip chop. The only modification I had to make to the STI base pad was to cut off the bottom two points of the star of the retaining plate that protrudes through the hole in the base pad to lock it in place. The angle at the bottom of the RIA mags is not the same as the Bul mags, but it doesn't really matter since they extend out past the bottom of the grip  (even without the grip chop and STI base pads). These mags are cheaper than the factory Bul mags and are readily available in the US. When I took the gun to the range to test the new RIA mags, I quickly realized that they sit up inside the gun just a tiny bit higher than the factory Bul mags. I could feel the slide dragging on the top of the mag a little bit when I manually racked the slide slowly.  They still functioned when shooting the gun, but it was enough of an issue that I ended up increasing the height of the mag catch slot in the mag body by 0.050" using a Dremel cut-off wheel and a small square file. I've since put several hundred rounds through the gun with the modified RIA mags and have not had any problems. I use one of my shortened factory Bul mags in the gun when carrying it, and a RIA mag for my spare carry mag. I use the other three RIA mags for practice and training. 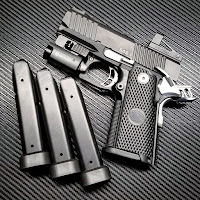 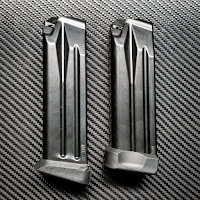 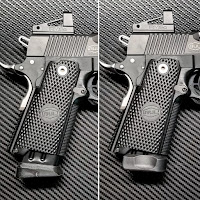 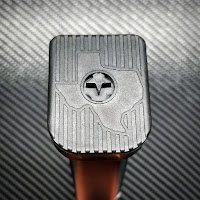 June 2021 Update - New Red Dot and Weapon Light
I have made a few changes to the gun since I posted this over a year ago.  I have recently replaced the Shield RMSc optic with a Swampfox Sentinel-M optic, and I've replaced the Olight PL-Mini2 weapon light with a Streamlight TLR-7A weapon light. Even though I never had any problems with the RMSc, I just felt like it was too delicate of an optic with it's skeletonized hood and polymer lens. The Swampfox optic has a glass lens and a more robust body, so I believe it is an improvement. It actually sits a little higher on the slide than the RMSc, but that actually allows it to co-witness better with the factory front iron sight along with a custom black vinyl rear sight that I applied to the front of optic window. The built-in rear sight notches on the back of the RMSc did NOT co-witness properly with the factory front sight at all (POA/POI was way off). I replaced the PL-Mini2 light because I purchased a TLR-7A for holster making purposes at RFV Tactical and really liked the way it looked on the gun (it comes with a rail key that fits the short rail). I also installed ambidextrous Ed Brown thumb safeties and re-installed the factory hammer and sear as I re-purposed the EGW hammer and sear for my Bul SAS II Tac Commander competition gun. 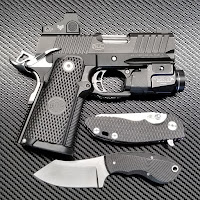 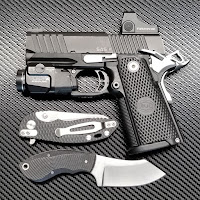 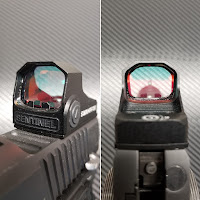 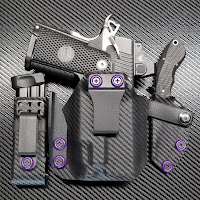 January 2022 Update - New Two-tone Finish
I decided to give this gun a makeover by having the slide and frame refinished after dehorning them as well as finally texturing the previously chopped grip module. 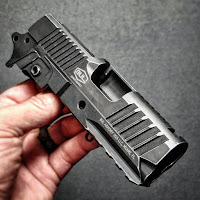 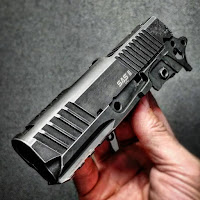 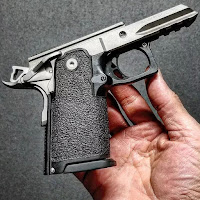 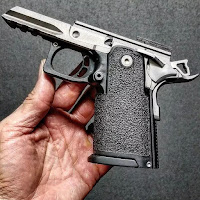 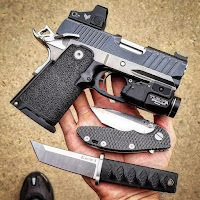 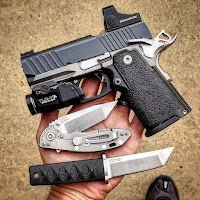